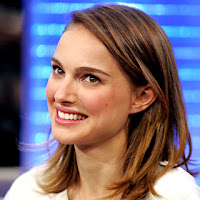 All, at least once, we have seen some of the thousands of romantic comedies invading cinemas. And we might like, as we hate, but Natalie Portman feel offended every time he sees them. Why is that?

In my case, I do not usually watch many movies of this type. However, the few times that I have seen, I found something silly and repetitive, but always have something that makes you stay hooked until the end with them. Natalie Portman before recording "No strings attached" a romantic media had made no similar work. But in an interview, says he always wanted to do one, but do not share many of the things shown in films of this type.

"The girls just show interest in fashion, and always cover her clothes. Always want to get married at the end. There are certain scenes of heavy makeup. These things offend me, "is the perception of the actress Natalie Portman, on romantic comedies. So, the question arises, why “No strings attached did?

"Liz Meriwether (writer) describes very specifically and intelligent women. My character is a working woman, trying to create their own form of relationship, which is fun, and that not only is the love of a funny guy. "